Another ransomware called WastedLocker has recently surfaced in well-orchestrated attacks targeting the enterprise and trying to rake in huge ransoms.

What is the WastedLocker ransomware?

Those who consider the dramatic decline in the distribution of mainstream ransom Trojans to be the end of the crypto extortion epidemic as such should rethink their perspective. Strains like WastedLocker show that the modern ransomware has morphed into a threat to organizations rather than individuals, which makes it double trouble in the global context. The above-mentioned sample is the latest cyber extortion instrument hailing from a high-profile Russian hacking group codenamed Evil Corp. This syndicate originally gained notoriety for spreading banking Trojans and a file-encrypting nasty called BitPaymer. WastedLocker is their new wicked weaponry, and it appears to be tailor-made to hit enterprise networks specifically. Researchers dubbed it this way based on the “wasted” string in the extension of each encrypted file.

The main vector of WastedLocker ransomware propagation is a bit unusual as for infections of its kind. It involves booby-trapped software updates touted on websites previously compromised by the crooks. Once the surreptitious script injection has been pulled off without a site owner’s awareness, the people who visit it will be seeing deceptive recommendations to install the latest version of a popular application such as the Google Chrome browser or Adobe Flash Player. The dodgy download doesn’t immediately promote the ransomware, though. It pushes a post-exploitation suite known as Cobalt Strike, which is often used by pentesters to check computer networks for weaknesses. In this scenario, the cybercriminals repurpose the tool to gain a foothold on a Windows computer belonging to the target environment. From there, the malefactors expand the attack surface by making sure that their dangerous code spreads laterally throughout the network.

Once WastedLocker is up and running, it scans the entirety of plagued devices for valuable data according to a predefined logic. It skips files smaller than 10 bytes while encrypting large ones in blocks whose size is set to 64MB. Having sorted and profiled the organization’s information, the ransomware encrypts it using an uncrackable cipher – at least there are no known methods to decrypt it at this point. As part of the data scrambling routine, every item gets an extension that appends the original one and consists of two components: the first one is based on the first letters of the victimized organization’s name, and the second one is static (“wasted”). For instance, if a hypothetical “Random Firm” company is attacked, a file named Image.bmp will turn into an encrypted object renamed to Image.bmp.rfwasted. Note that the original extension isn’t erased along the way.

An interesting quirk of the WastedLocker ransomware is that it spawns a separate ransom note for every affected file. In the example above, it’s going to be Image.bmp.rfwasted_info. This is an offbeat approach because the infected system won’t work out how to open this recovery manual automatically. Instead, the victim will have to choose which application to use for viewing the note. This oddity adds an extra step to the extortion process, which – frankly speaking – seems absolutely redundant. Back to the point, the how-to document created by the Trojan instructs the victim to contact the attackers over email. It lists two addresses: one is hosted at Protonmail.com and the other at Tutanota.com. The felons will supposedly reply with the size of the ransom, which can reportedly reach millions of dollars per company.

Perhaps the only good news about the WastedLocker ransomware campaign is that its operators aren’t stealing the victims’ data before encryption. For the record, this is an increasingly common tactic in the ransomware ecosystem, aimed at blackmailing businesses via data leak threats. Hopefully, the infection under scrutiny won’t add this method to their repertoire, and yet it’s a highly destructive peril that should be avoided by all means. If it has tainted a company’s computer network already, it’s recommended to remove the bad code and try to use a few file recovery workarounds described below.

Use Intego Antivirus for Windows to remove WastedLocker

Automatic malware removal makes a difference because it ensures exceptional results while saving you a good deal of time. Made by a renowned security provider, Intego Antivirus can detect and delete all files related to WastedLocker in minutes. In addition to on-demand cleaning, the program will safeguard your PC 24/7 against the latest threats, including browser hijackers, zero-days, ransomware, info-stealers, and more.

Follow these steps to take care of the infection that has stung your Windows machine: 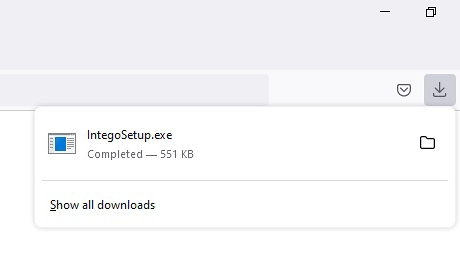 2. Open the executable file you have just downloaded. This will launch the installation. A series of follow-up screens will walk you through the setup and reflect its progress. 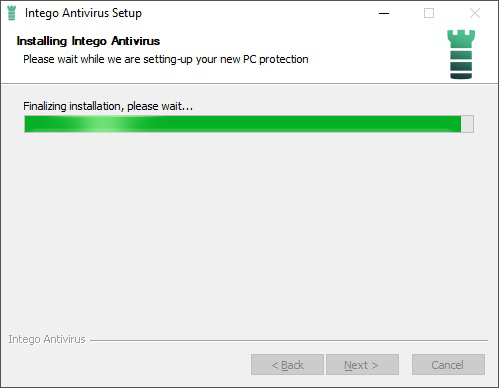 3. When the installation is completed, select Scans in the left-hand sidebar and click Scan now in the “Quick Scan” or “Complete Virus Scan” area, depending on how thoroughly you want Intego Antivirus to check your PC for threats. Be advised that the complete scan takes much more time. 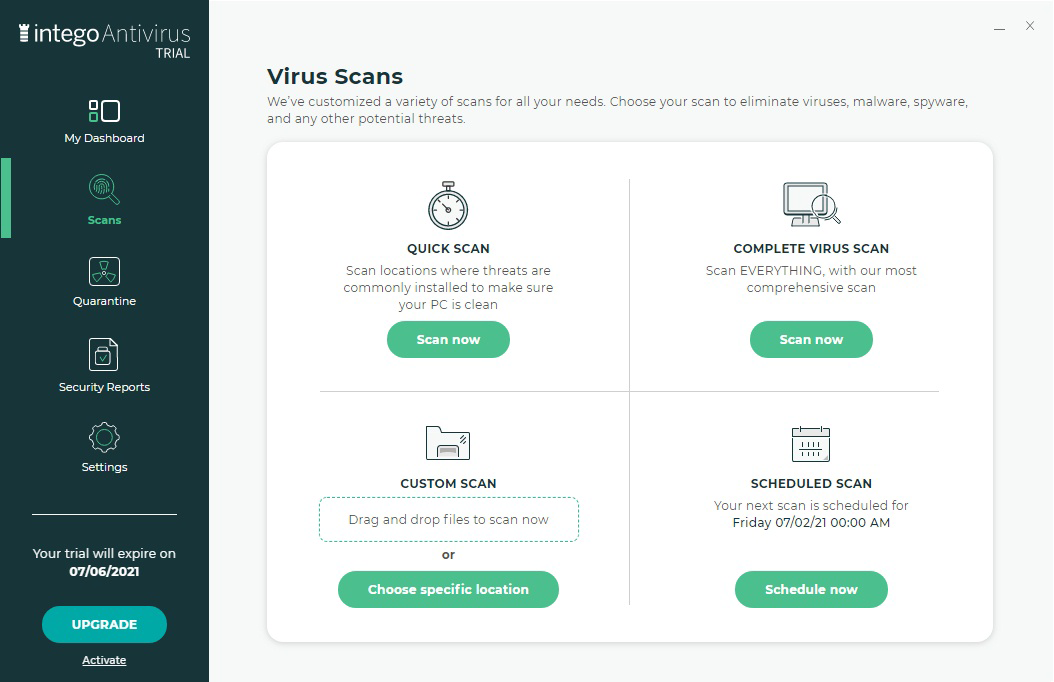 4. Wait until the program examines system locations based on the scan mode you have selected. It will keep you informed about the computer area it is currently checking, the time elapsed, the number of files scrutinized, and the threats found so far. 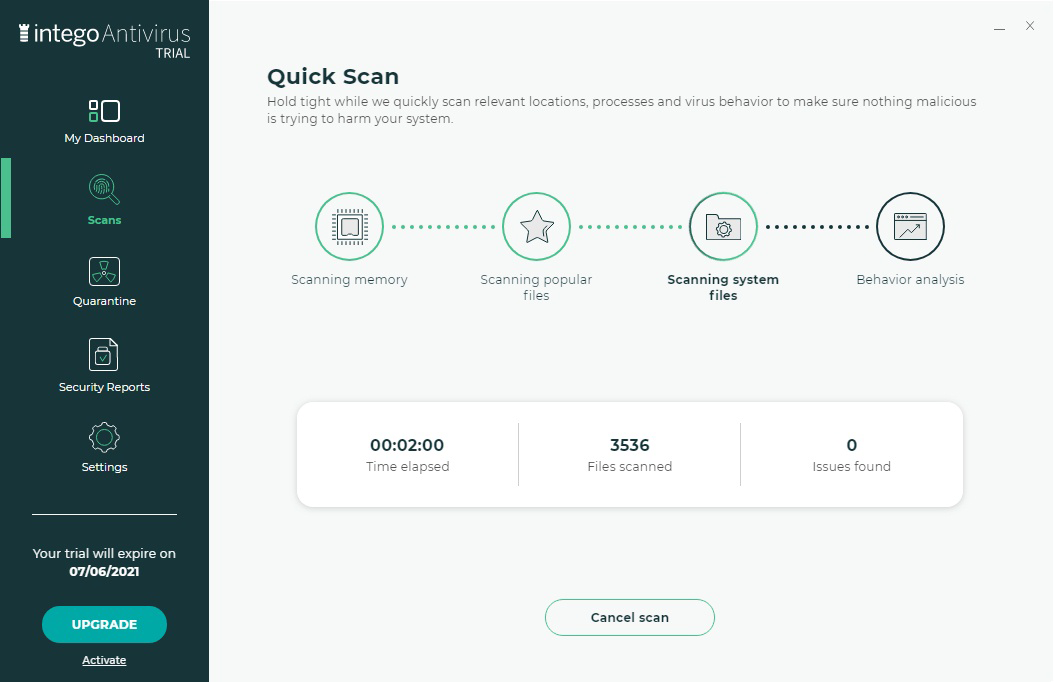 5. Once the scan is over, Intego Antivirus will display a brief summary of the results. Click the Scan Report button to view the details. 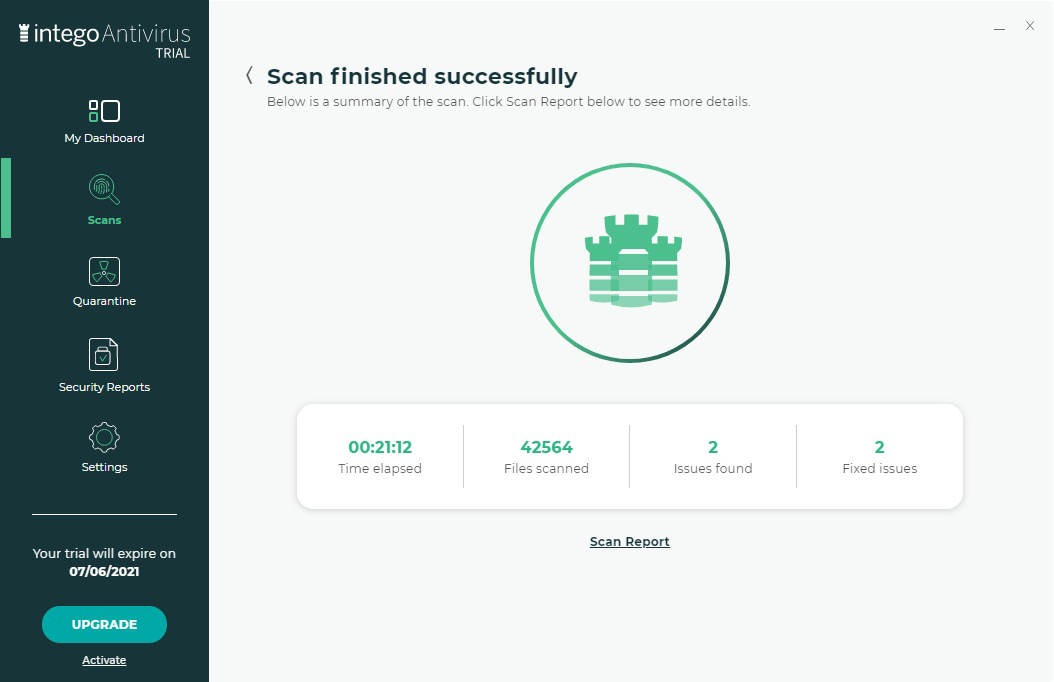 6. The report shows in-depth information such as the names of the detected threats, the malware categories they fall into, their location, and the action taken (malicious items are quarantined by default). 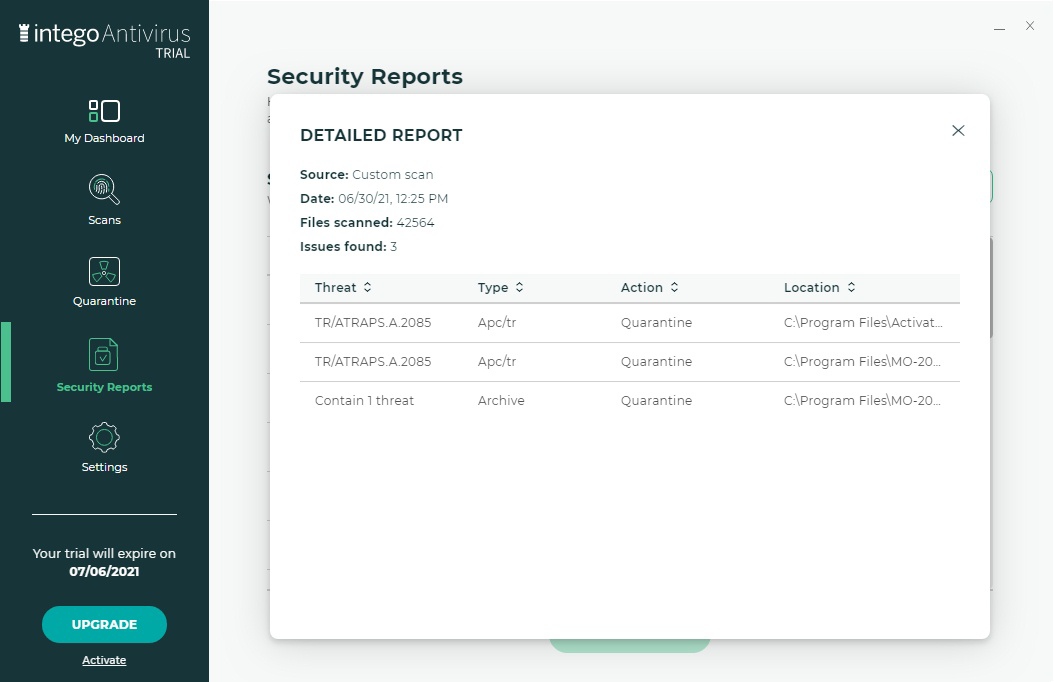 7. To err on the side of caution, click Quarantine in the program’s sidebar, put checkmarks next to the infected files, and click the Delete selected button. Your PC should now be free from malware. 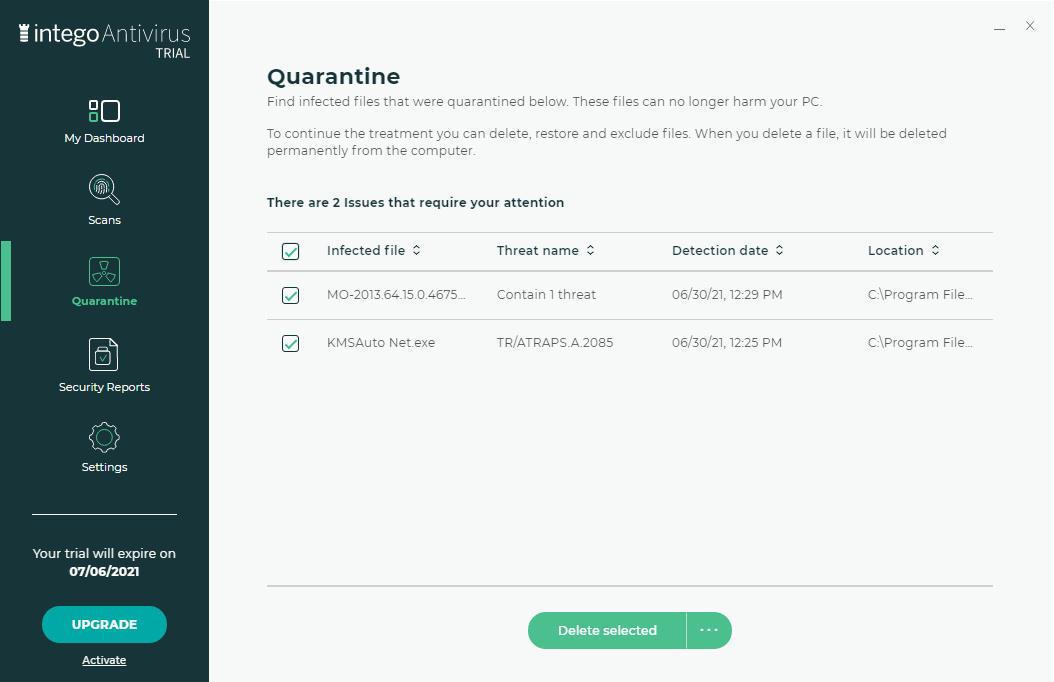 Some ransomware strains terminate themselves after completing the encryption job on a computer, but some don’t. Furthermore, the WastedLocker virus may prevent victims from using popular antimalware tools in order to stay on board for as long as possible. Under the circumstances, it may be necessary to utilize the Safe Mode with Networking or System Restore functionality.

Ways of non-ransom recovery of files encrypted by WastedLocker

Not only are you a lucky person in case you’ve been backing up your most important files, but you’re also a wise and prudent user. This isn’t necessarily a resource-heavy activity these days – in fact, some providers of online services are allocating a sufficient size of cloud storage space for free so that every customer can easily upload their critical data without paying a penny. Having removed the WastedLocker ransomware, therefore, all you have to do is download your stuff from the remote server or transfer it all from an external piece of hardware if that’s the case.

To avoid WastedLocker ransomware and other file-encrypting infections in the future, follow several simple recommendations: