The new Wana Decrypt0r 2.0 ransomware (aka Wanna Decryptor), which appends the .WNCRY extension to encrypted files, is taking online extortion attacks to a whole new level.

Although extortion through crypto viruses has been around for years, it’s hard to recall a ransomware sample as rapidly expanding as Wana Decrypt0r 2.0. Its worldwide distribution took root on Friday, May 12, and is currently reaching tens of thousands of infections per hour – a figure never seen in this underground industry before. This nasty specimen is an enhanced offspring of an existing infection known as WCry, which originally surfaced in March. While sharing quite a few characteristics with its predecessor, the newbie uses a different propagation vector and has several indicators of compromise of its own. In particular, it concatenates the .WNCRY, .WCRY, .WNRY or .WNCRYPT string to every file that underwent the cryptographic impact. So for instance, a sample document named Essay.docx will become Essay.docx.WNCRY in the aftermath of this breach. Additionally, the offending code displays a warning window drops a ransom note called @Please_Read_Me@.txt into folders with affected files and the desktop.

The main pane of the ransomware reads, “What happened to My Computer? Your important files are encrypted. Many of your documents, photos, videos, databases and other files are no longer accessible because they have been encrypted.” Unfortunately, this is true. The alert window also displays two countdown timers, the first one showing the amount of time left before the ransom payment will be raised, and the other counting down the time before your files will be lost. The former span is 3 days, and the latter is 7 days. The TXT edition of the decryption how-to contains a similar message, except the time indicators.

To make the attack yet more straightforward, Wanna Decryptor also replaces the victim’s desktop background with a warning image. It says,

Ooops, your important files are encrypted. If you see this text, but don’t see the “Wana Decrypt0r” window, then your antivirus removed the decrypt software or your deleted it from your computer.
If you need your files you have to run the decrypt software.
Please find an application file named “@WanaDecryptor.exe@” in any folder or restore from the antivirus quarntine

The entirety of scary alerts produced by the .WNCRY file virus suffices to pressure the victim into paying up. To redeem all personal information, plagued users are instructed to submit $300 worth of Bitcoin to a specified BTC wallet.

Unlike its less sophisticated forerunner, Wana Decrypt0r 2.0 reportedly relies on NSA exploit dubbed EternalBlue. This is one of the exploits recently leaked by a hacker group identifying themselves as The Shadow Brokers. In a nutshell, what this contamination vector means is it enables ransomware distributors to execute their bad code on computers manually through RDP (Remote Desktop Protocol). These types of remote access services are heavily used by small businesses and large corporations, so these are the primary targets for the crooks behind WNCRY malware. This fact became obvious when the ransomware first infected the IT infrastructure of Spanish organizations, including Telefonica, Iberdrola, and Gas Natural. Later on, the plague spread over to the UK, hitting the computer network of the country’s National Health Service (NHS). Since Wana Decrypt0r zeroes in on high-profile targets, companies should adopt urgent countermeasures and have a ransomware incident response plan in place.

Unfortunately, a free decryption tool for .WNCRY extension files has yet to be created. According to preliminary analysis of security researchers, the infection implements the crypto part of its modus operandi flawlessly. So having a plan B that revolves around data backups is imperative. In some cases, a ransomware sample may fail to deploy the attack chain all the way and doesn’t delete Shadow Copies of one’s valuable files. That’s why it’s strongly recommended to try the best practices of forensic recovery before considering the ransom option. The step-by-step guide below will walk you through every alternative workaround to restore hostage information.

When faced with ransomware like .WNCRY file, one of the best shortcuts in terms of removal is to use Combo Cleaner, a lightweight and incredibly effective application with PC security and optimization features under the hood. It detects and thoroughly deletes threats while giving you insights into the overall health of your computer. 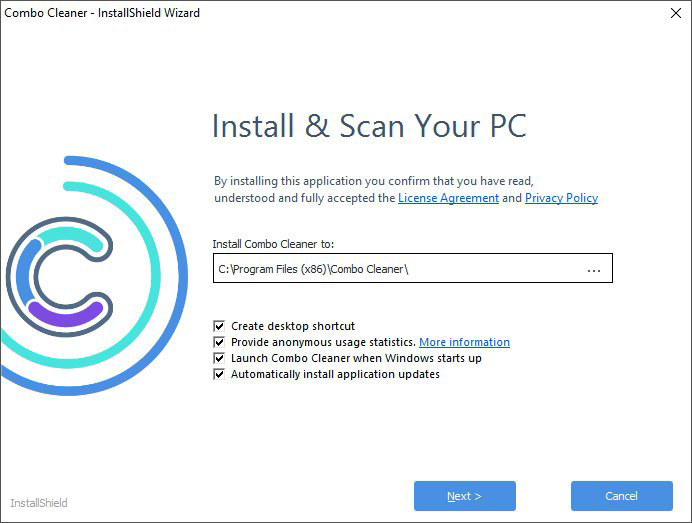 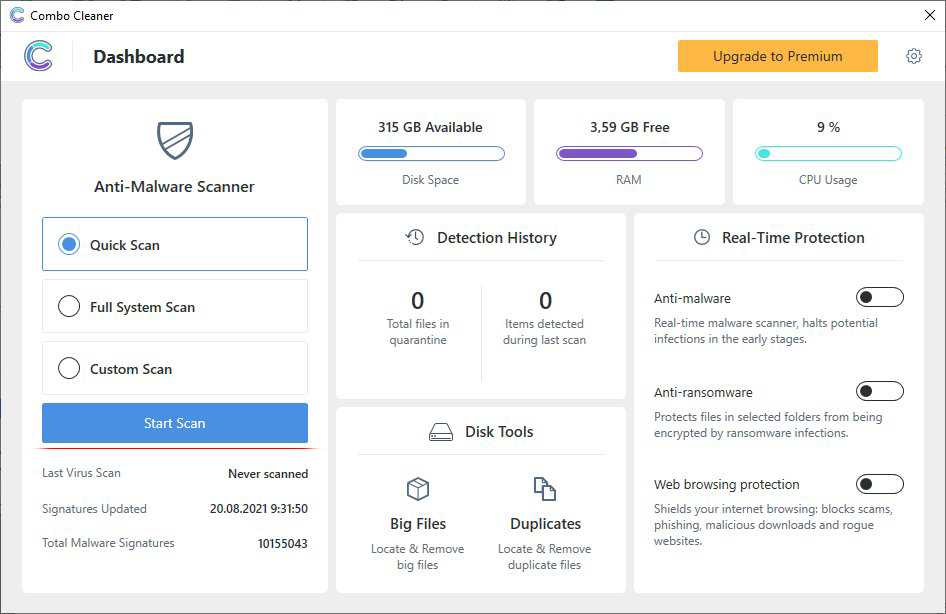 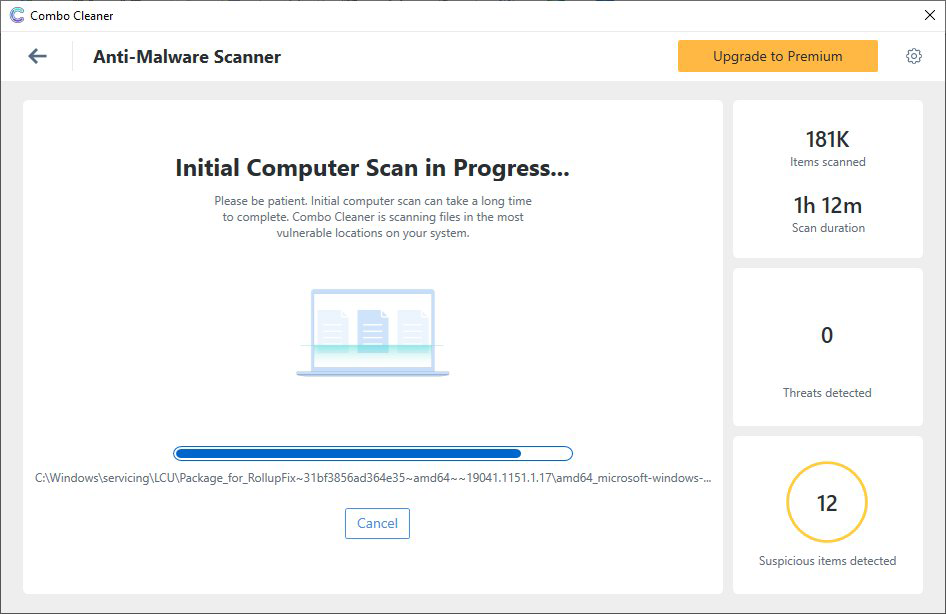 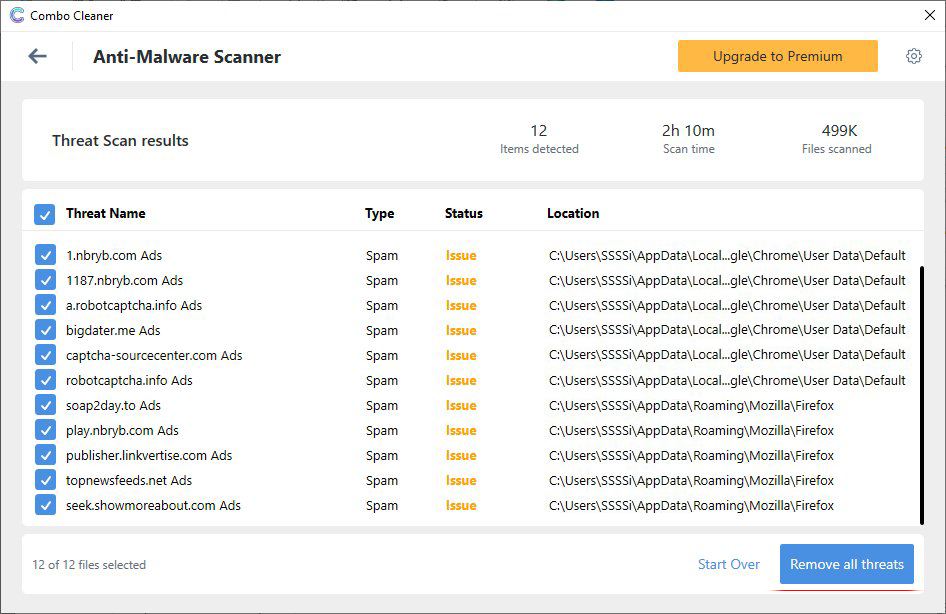 Some ransomware strains terminate themselves after completing the encryption job on a computer, but some don’t. Furthermore, the .WNCRY file virus may prevent victims from using popular antimalware tools in order to stay on board for as long as possible. Under the circumstances, it may be necessary to utilize the Safe Mode with Networking or System Restore functionality.

Not only are you a lucky person in case you’ve been backing up your most important files, but you’re also a wise and prudent user. This isn’t necessarily a resource-heavy activity these days – in fact, some providers of online services are allocating a sufficient size of cloud storage space for free so that every customer can easily upload their critical data without paying a penny. Having removed the .WNCRY file ransomware, therefore, all you have to do is download your stuff from the remote server or transfer it all from an external piece of hardware if that’s the case.

To avoid .WNCRY file ransomware and other file-encrypting infections in the future, follow several simple recommendations: