The so-called Surprise crypto infection has been exhibiting several peculiar behaviors that make it a one-of-a-kind ransomware threat to stay away from.

When the .surprise file virus first emerged in early March this year, it was clear already at that point that the campaign differed from the rest. The first deviation from the commonplace ransomware tactics is in the method that this sample is deposited onto Windows PCs. All of the reported instances had to do with unauthorized system access sessions established via TeamViewer, a well-known remote support and online collaboration tool. Further investigation showed that the cybercriminals had used a dumped database of TeamViewer credentials most likely obtained in the course of an earlier breach of the service’s IT infrastructure. The scoundrels were therefore able to hack into the vulnerable machines and manually execute the ransomware process without being impeded by antivirus defenses.

This distribution approach isn’t the only unordinary feature of this cyber malady. Its code is based on Eda2, which is an open-source ransomware developed in the framework of an educational project. The scammers made some tweaks in the code and were able to efficiently use it to extort money. Such a turn of events wasn’t unexpected, but the author never thought the scope of the problem would get that big.

According to the analysis of the Surprise malware activity, its executable proper does not directly trigger the data encryption routine. It operates through a Base64 crypted string which, when launched, is automatically decoded and executed from the machine’s memory. The offending process can hence fly under the radar of security software installed on the computer, because the non-crypto behavior of the original executable does not actually raise any red flags.

This ransomware targets hundreds of file extensions. To detect all objects that meet its criteria, it runs an HDD scan in the background. Meanwhile, it skips the paths that are critical for the system to operate properly, including Windows and Program Files. Every file becomes appended with the .surprise extension following the filename, hence the denomination of this Trojan. When the encryption task has been performed, the ransomware adds several documents on the desktop, including Decryption_Howto.Notepad, Encrypted_Files.Notepad, as well as a batch file named Surprise.bat. The first one on the above list is the ransom notes telling the victim how to reinstate the files. What the user is instructed to do is shoot an email to nowayout@protonmail.com or nowayout@sigaint.org, and the criminals will supposedly get back to the person with detailed steps.

While providing an option to decrypt one file for free, the extortionists ask for a ransom of at least 0.5 BTC to recover all the other objects. This amount is a variable value and tends to get bigger in case a network of PCs has been hit rather than a single workstation. The perpetrators use an uncrackable combination of RSA-2048 and AES-256 cryptography, consequently it is nearly impossible to get around. A few techniques, however, can be of help in terms of restoring some of the files.

Cracking the crypto used by this ransom trojan is more of a science fiction thing rather than an attainable prospect for the masses. This is why the troubleshooting in predicaments of this sort is a matter of two approaches: one is to pay the ransom, which isn’t an option for many victims; and the other is to apply instruments that take advantage of the ransomware’s possible weaknesses. If the latter is your pick, the advice below is a must-try.

Not only are you a lucky person in case you’ve been backing up your most important files, but you’re also a wise and prudent user. This isn’t necessarily a resource-heavy activity these days – in fact, some providers of online services are allocating a sufficient size of cloud storage space for free so that every customer can easily upload their critical data without paying a penny. Having removed Surprise ransomware, therefore, all you have to do is download your stuff from the remote server or transfer it all from an external piece of hardware if that’s the case.

A positive upshot of using this technique depends on whether or not the ransomware has erased the Volume Shadow Copies of the files on your PC. This is a Windows feature that automatically makes and keeps the backups of data elements on the hard drive as long as System Restore is enabled. The cryptoware in question is programmed to switch off the Volume Shadow Copy Service (VSS), but it has reportedly failed to in some cases. Checking one’s options regarding this workaround is doable in two ways: through the Properties menu of each file or by means of the remarkable open-source tool called Shadow Explorer. We recommend the software-based way because it’s automated, hence faster and easier. Just install the app and use its intuitive controls to get previous versions of the encrypted objects reinstated.

Some strains of ransomware are known to delete the original files after the encryption routine has been completed. As hostile as this activity appears, it can play into your hands. There are applications designed to revive the information that was obliterated because of malfunctioning hardware or due to accidental removal. The tool called Data Recovery Pro by ParetoLogic features this type of capability therefore it can be applied in ransom attack scenarios to at least get the most important files back. So download and install the program, run a scan and let it do its job. 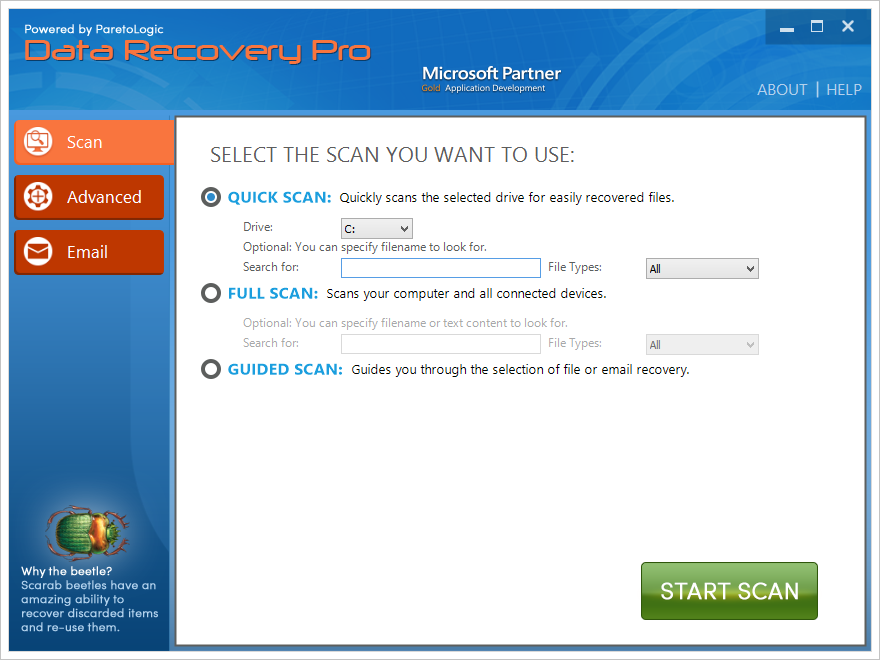 To avoid the Surprise ransomware and other file-encrypting infections in the future, follow several simple recommendations:


These techniques are certainly not a cure-all, but they will add an extra layer of ransomware protection to your security setup.

Post-factum assessment of the accuracy component in malware removal scenarios is a great habit that prevents the comeback of harmful code or replication of its unattended fractions. Make sure you are good to go by running an additional safety checkup.