The new Mac virus called Similar Photo Cleaner makes itself felt via annoying scans and popups, therefore removal is the only reasonable way to treat it.

What is Similar Photo Cleaner?

The ill-minded creators of a major Mac scareware lineage have come up with a fresh instrument to manipulate users into coughing up money. Its self-explanatory name, Similar Photo Cleaner, has quickly become a buzzword in the Mac community over the past few days. That’s not because of some fancy features or helpfulness whatsoever – instead, it’s due to a massive stealth distribution frenzy and a heavy brainwashing load imposed upon the numerous plagued users. Contrary to the recent rogue program from this family called Mac Auto Fixer that claims to take care of overall macOS stability, the one in question follows a narrower tactic. It purports to find all similar or duplicate photos inside a Mac in mere minutes, providing the feature of obliterating the replicas to reduce redundancy and thereby free up disk space. Is Similar Photo Cleaner actually benign and useful, though? No, it’s not.

A big giveaway is the spreading peculiarities of this applet. Unlike regular software, it ends up on Macs out of the blue, that is, without the users’ knowledge and consent. Such a covertness is attained by means of the “good old” bundling hoax. The installer hides inside setup clients for what appears to be a completely different utility. For example, by opting for the default (recommended) installation mode in a setup wizard for Adobe Flash Player, some neat-looking media downloader or other freeware, Mac users run the risk of additionally agreeing to install the fraudulent solution. The next thing you know, Similar Photo Cleaner GUI pops up all of a sudden and the program starts scanning the Photos Library and other system locations for images that resemble each other.

Predictably, the scan will return a report listing a bevy of excess photos and possibly also system issues that allegedly need to be repaired. The rogue app will flag the disk memory status as poor and strongly recommend that you run a one-click cleanup of what doesn’t belong on your computer. To top it off, recurrent popup alerts will be constantly reiterating the supposed problems, knocking you out of serenity big time. Meanwhile, the pest certainly exaggerates the memory improvement potential in order to convince you to register its licensed version. That’s the whole point of this campaign. The authors of Similar Photo Cleaner first employ shady techniques to make sure their virus-like program infiltrates as many Macs as possible, and then the infection invokes a predefined scenario of defrauding victims out of the license fee. Obviously, this isn’t the way a normal app should behave, so you’d better get down to Similar Photo Cleaner removal from Mac using the following steps.

If you are okay with manual troubleshooting, use the following steps to uninstall the Similar Photo Cleaner rogue app from your Mac. Be advised the persistence mechanisms employed by the infection may prevent this technique from being ultimately effective. One way or another, here’s the workflow:

• Open the Utilities directory under the Go menu in your Mac’s Finder. 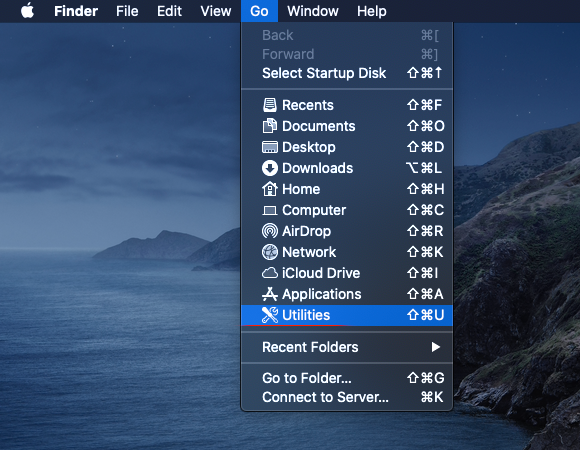 • When on the Utilities pane, select Activity Monitor (the Mac equivalent of Task Manager). 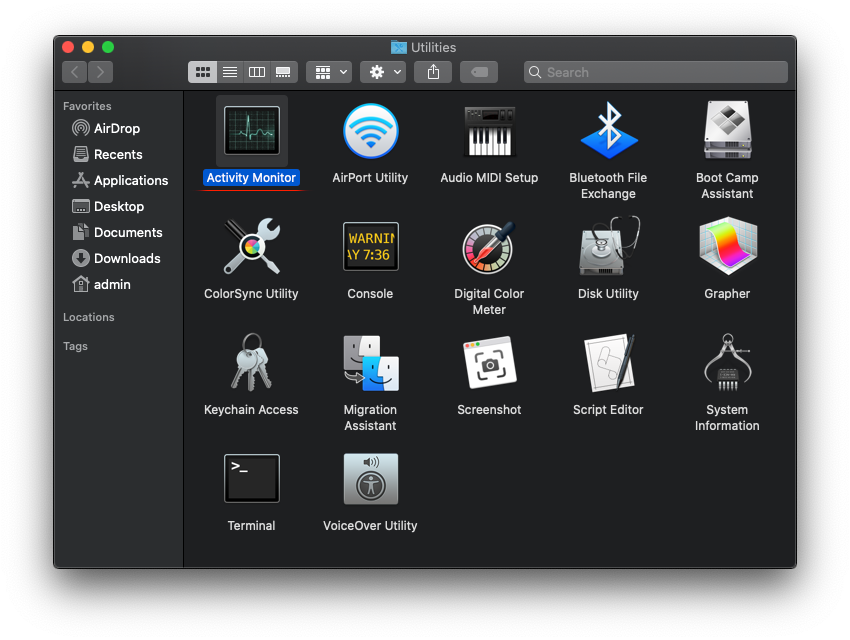 • Once the Activity Monitor screen appears, check the list of running processes for an item you don’t recognize. Highlight that entry and click on the Quit Process option (button with the X symbol on it). The system will respond to this action with a confirmation dialog, where you should select Force Quit. 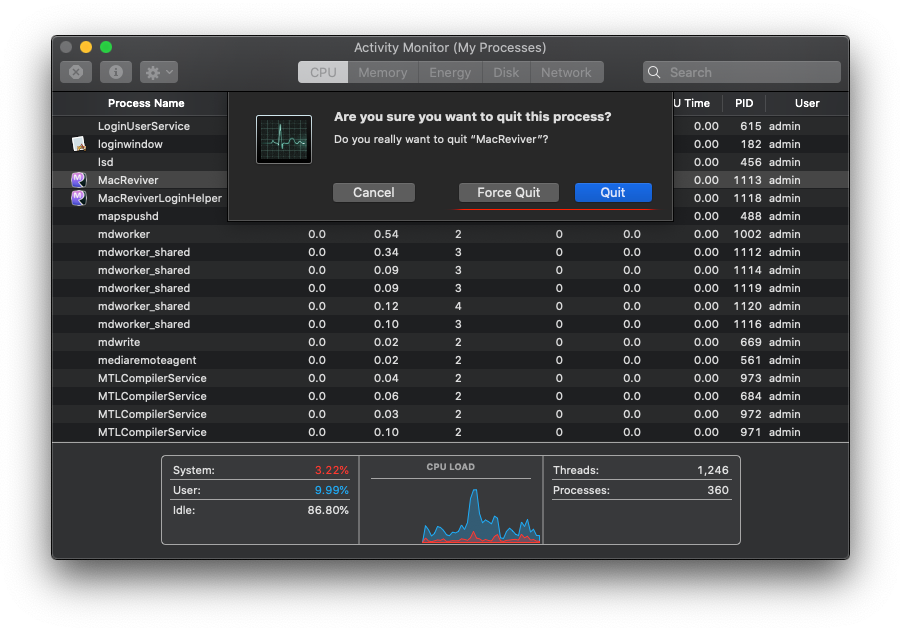 • Now go back to your desktop, expand the Go menu and pick Applications in the drop-down. 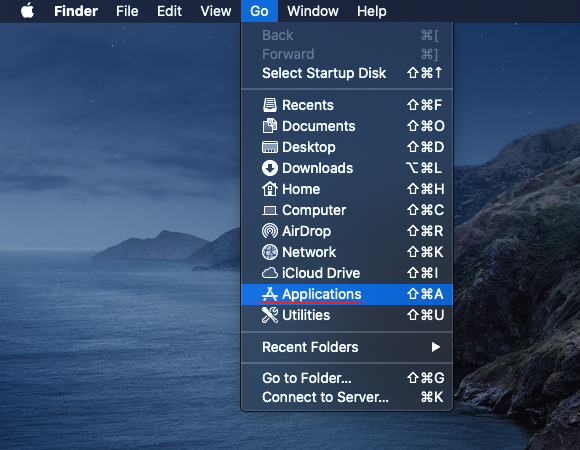 • Spot the suspicious entry under Applications, right-click it, and select the Move to Trash option. Your Mac may request your administrator password at this point – enter it if that’s the case. 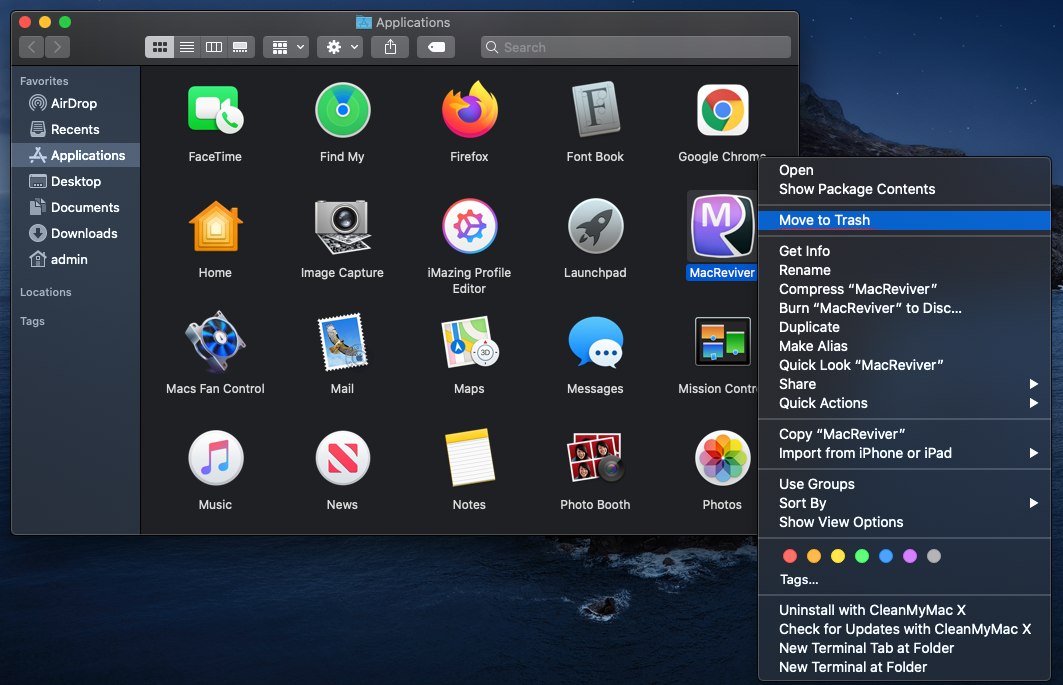 • Next, go to the Apple menu and choose System Preferences in the drop-down as shown below. 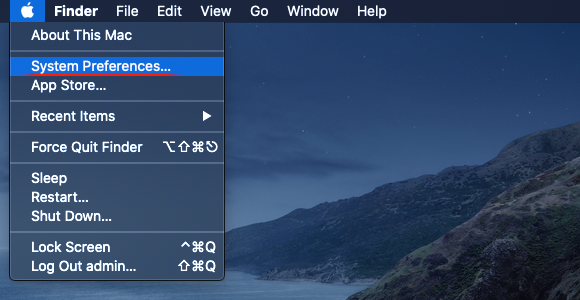 • Proceed to Users & Groups and select Login Items. Your Mac will display the list of apps that are executed automatically at boot time. Find the unwanted entry on that list and click on the “-” (minus) button down at the bottom. 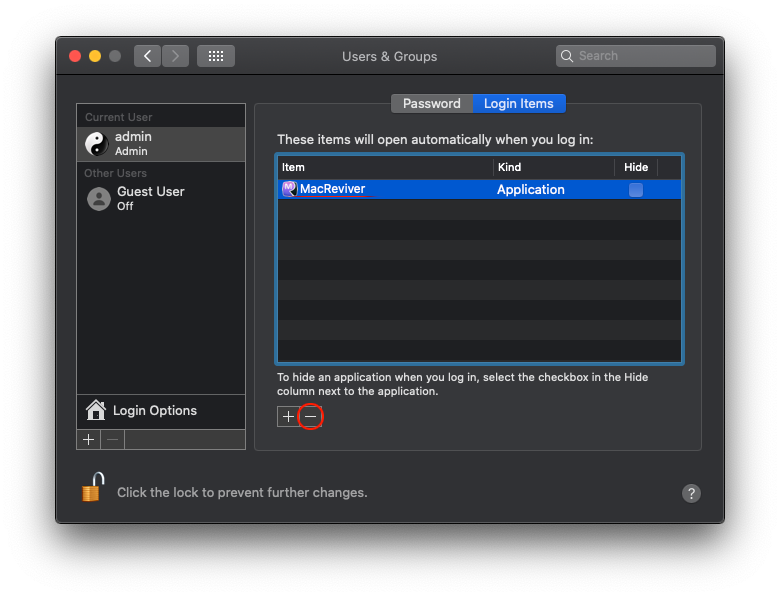 • While on the System Preferences screen, select Profiles. Spot the suspicious configuration profile and click the “-” (minus) button. 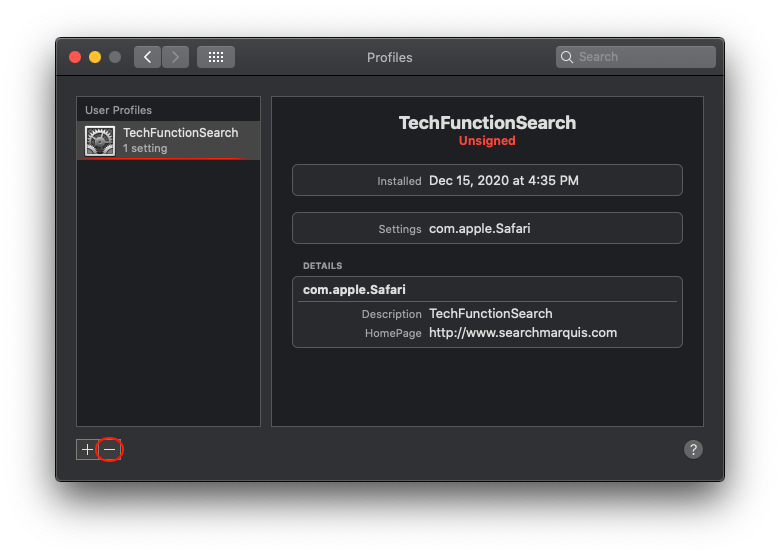 • Move on to the Go drop-down menu in the Finder and click the Go to Folder option. 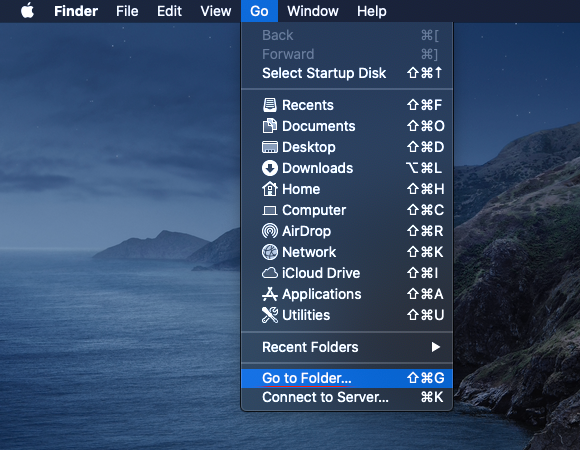 • When the folder search box appears, enter the following path in it: ~/Library/LaunchAgents and click Go.

• Having accessed the LaunchAgents folder, look for suspicious items in it and, if found, send them all to the Trash. 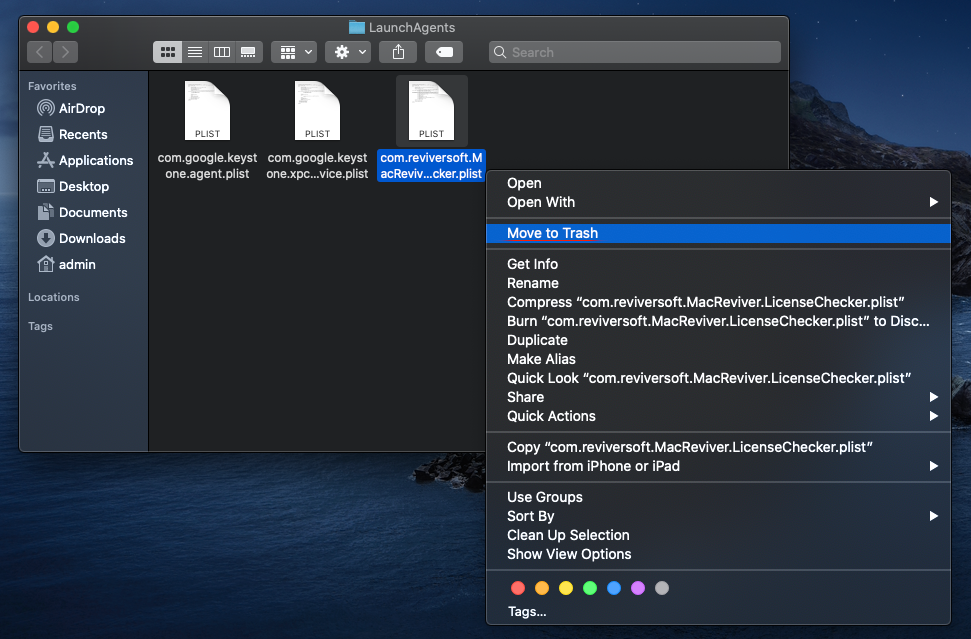 • Follow the same logic to browse to folders named /Library/LaunchAgents (no tilde prepended), /Library/LaunchDaemons, and ~Library/Application Support. Look for potentially unwanted objects and send them to the Trash once spotted.

When done with the manual process of Similar Photo Cleaner removal, take your time and check if the virus has vanished from your Mac. If it continues to cause browser redirects, move on to the following section of this tutorial.

The use of automatic security software to identify and delete Mac malware reduces human error and ensures that the stealthiest fragment of the culprit is spotted and terminated.

1. Download and install MacBooster. This tool combines antimalware and performance enhancement features for Mac. Launch the app and hit the Scan button on the System Status pane. The utility will scour your Mac for memory issues and malware, including Similar Photo Cleaner, and will shortly generate a report. Once it’s ready, click Fix to eliminate the threats. 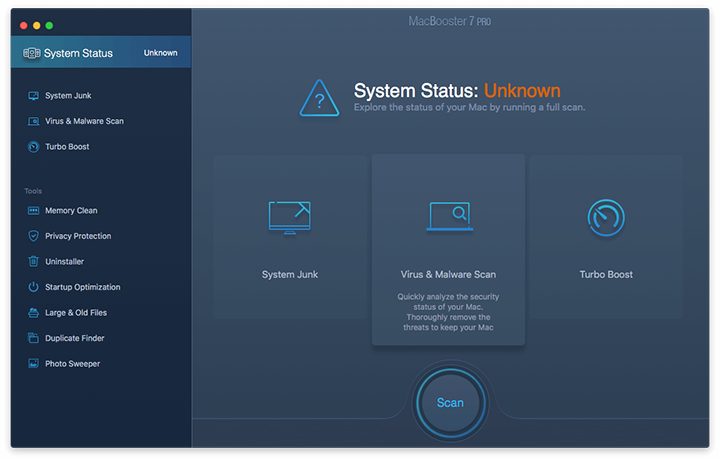 2. To go all the way in Yahoo Search redirect removal, additionally select the Uninstaller module. It reflects all applications running on your Mac in a single list and allows you to reset or get rid of the unnecessary ones in a few clicks. Simply locate the unwanted app, put a checkmark next to it, and click Complete Remove at the top. 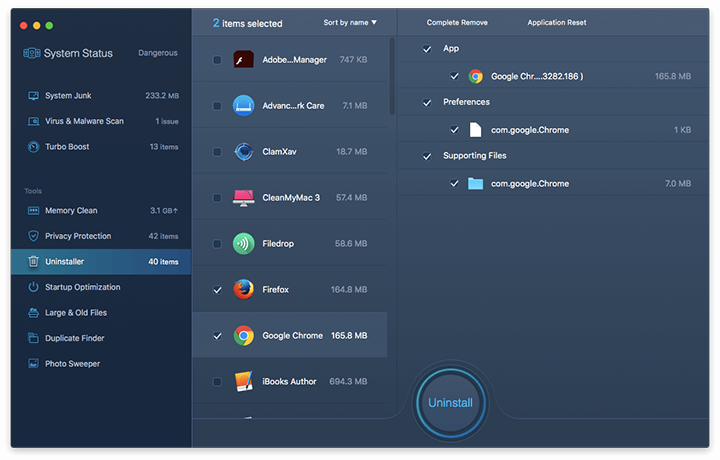 You’re now done with Similar Photo Cleaner removal from your Mac computer. Last but not least, be sure to exercise some extra caution with suspicious application installers further on.